About Us - The Story behind MaxScheduler 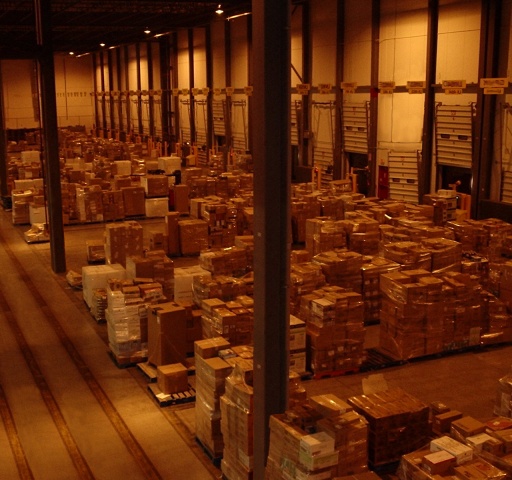 Back in the early 90s, Feliks Gadzinski was a systems consultant at a new warehouse that was opening in a few months. He had been brought in to test a new, custom-built, Warehouse Management Software (WMS). The warehouse was a 1,000,000 sq ft facility. It had an extensive conveyor system to help move product through the facility.

One day a logistics consultant struck up a conversation and mentioned that the facility was lacking software to help manage the flow of goods going through the shipping area. There were 25 conveyor lanes ending near the shipping doors. The ideal scenario was to balance the conveyor flow of goods across lanes so that work was evenly distributed and operations would run smoothly. Feliks picked up on the opportunity, submitted a proposal and few months later implemented the first version of ScheduleMate.

ScheduleMate was a graphical, software, tool that helped a shipping scheduler manage the outbound flow of goods in the warehouse. The key feature that made ScheduleMate a success, was that it displayed the schedule information graphically and the schedule could be adjusted using a mouse to drag and drop shipments. This was quite unique for its time in the world of warehousing systems. To this day many still use command prompt interfaces requiring keyboard input. This success lead to others and ScheduleMate was implemented in similar facilities. ScheduleMate's feature set grew and the software matured for the next 15 years. In many cases ScheduleMate automatically generated an optimized schedule. The schedule would further be fine tuned by the scheduler. In typical scenarios, ScheduleMate would be managing the flow of 50,000 cartons in a day.

Over the years, Minidata would often get invited to smaller facilities that were having scheduling issues. These facilities often scheduled with: hand written schedules, complex spreadsheets or piles of paper. Also some businesses had enterprise level software (MRP, ERP, WMS) that had a weak scheduling component. These companies needed a simple, graphical scheduler to help manage their business. ScheduleMate wasn't a good fit because it is customized software that needed consulting services to get up and running. For smaller businesses it was too big a product for them.

In 2004, Minidata decided to come up with another version of ScheduleMate, that would better suit businesses that were looking for simpler scheduling solutions. The new version is called Max Scheduler. Max Scheduler is scheduling software suited for manufacturing and warehousing. Job information can be imported and a scheduler created through mouse drag and drop. The schedules can be published as webpages to share schedule information with others. Max Scheduler works with Quickbooks and enterprise software such as: ERP, MRP, WMS, etc.

Feliks Gadzinski has been the main driving force behind ScheduleMate and child product Max Scheduler for the last 15 years. He worked extensively as a logistics consulting developing custom scheduling solutions. Feliks' background is in optimization and control theory. He has a Ph.d in this field. Feliks is now semi-retired. Before working in the field of logistics he was a general computer consultant for 20 years.

Peter Gadzinski is the product manager behind Max Scheduler. He pushed Feliks into creating an off-the-shelf version of ScheduleMate to address the market of businesses that need, an easy to use, schedule tool for their business operations. Peter has a Electrical engineering and Computer Science degrees.